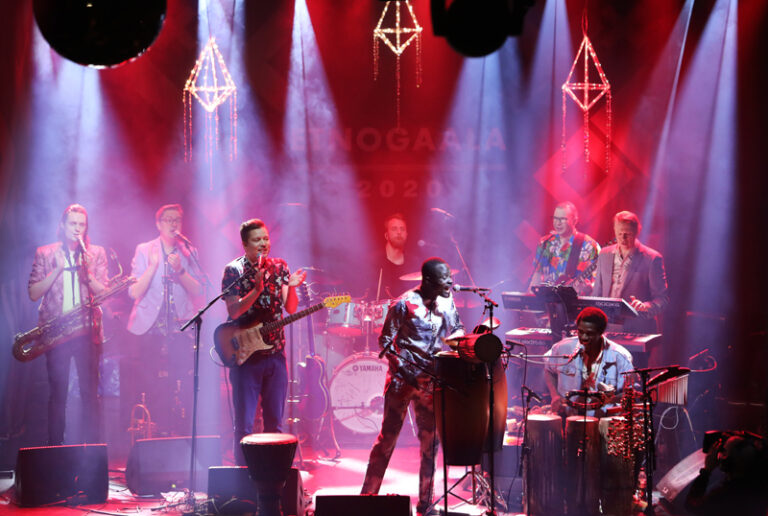 Helsinki-Cotonou Ensemble, fusing together afrobeat, jazz funk and the traditional Beninese Vodou rhythmics, is one of the few Finnish organic rhythm music acts who have clearly focused on the international scene. The fact is that in 2021 they had already performed in 17 different countries on several continents during less than ten years. The band, mutually led by composer and guitarist Janne Halonen and Beninese percussionist and singer Noël Saïzonou, was born from the cross-cultural cooperation and has been built around and based on that.

Everything started from the obsession Janne Halonen had for guitarist Lionel Louekea, known from playing in the band of legendary Herbie Hancock, and for his interpretation of music. As he originated from Benin, Halonen wanted to get there in order to pull aside the veil of secrecy.

After applying for scholarship he was accepted to spend several weeks in the artist residency of Villa Karo in Benin in 2019 to study the local voodoo rhythm traditions. When he got there, he asked around who would be the best guide and teacher for this. Everyone pointed out to the man, who was about to come another key character in his upcoming band and a close friend as well. During the next following years, Noël Saïzonou visited Finland multiple times and shared a lot of knowledge especially on songwriting.

In 2012, it was time for Janne Halonen to get back to Benin this time together with the drummer and bassist of the original quartet they had formed. Now the concept truly developed forward and the band also recorded on site their debut album Beaucoup De Piment! Released in 2013. Thus Helsinki-Cotonou Ensemble has expanded into a lineup of eight or sometimes even nine musicians, including drummer Juha Räsänen, bassist Sampo Riskilä, keyboard player Visa Oscar, trumpetist Mikko Pettinen, saxophonist Joakim Berghäll (Astro Can Caravan, Auteur Jazz) and percussionist Kasheshi Makena. Besides them, at least the Tanzanian-born percussionist and singer Menard Mponda has been playing together with them on live occasions.

Today they already have released four studio albums and a live album. The second effort Fire, Sweat & Pastis was awarded as the folk music album of 2014 in Finland. The latest self-titled album Helsinki-Cotonou Ensemble was issued by the German Flowfish Records in 2021. One of the artists featuring there is the Zimbabwean rap artist Synik and you can clearly hear this time soul and hip hop influences on the tracks.

With their focused determination Helsinki-Cotonou Ensemble has been able to create a successful international music career, where the very limited Finnish audience play only a small supporting side role. However, they have been also performing on many of the most important Finnish music festivals of the scene from the Funky Elephant all the way to for example Pori Jazz and Ilosaarirock.

Abroad they have been taking the stage for example on the famous Sziget Festival in Budapest, Montreal Jazz Festival as well as in the professional worldwide music expo Womex’21, where the band has been particularly active in order to build their international conspicuousness. Running a band from two different continents was one of the biggest challenges in the beginning, but they have been able to turn it into a strength after Halonen, Räsänen and Riskilä formed a co-operative named No Problem Music! around the band. 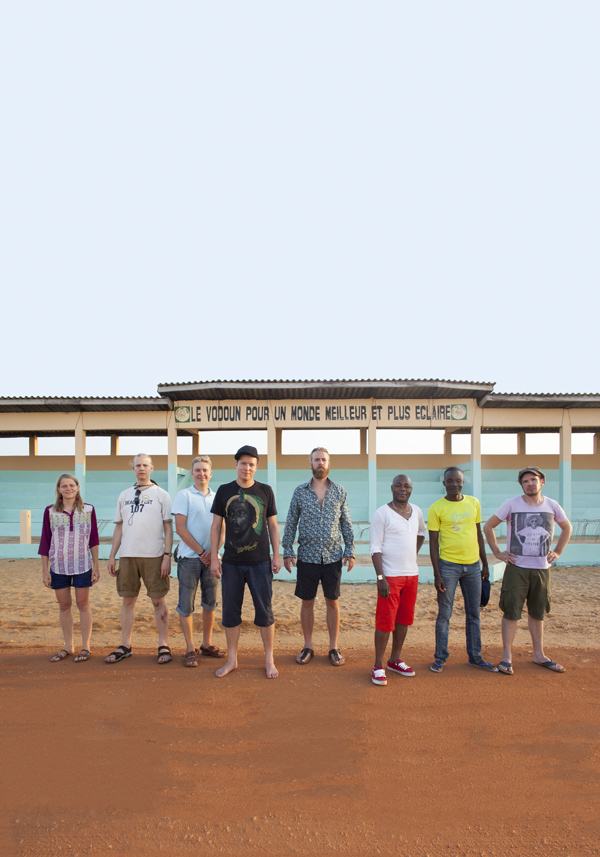 Guitarist and composer Janne Halonen hails originally from Jyväskylä, where music played a big and important role for him since the childhood. His musical world opened up in a new way after spending a year as an exchange student in the United States. After his compulsory military service he actually played also in the band of a local schlager singer Paula Koivuniemi for one summer.

After relocating himself in Helsinki for his studies first in the Stadia University of Applied Sciences and thus in the Sibelius Academy, Janne Halonen started to play in cover bands and was able to start working as a musician, arranger and conductor in a theater. Since 2005 he started to explore the African music and we can be happy for his decision still today.

Nicknamed as “the rhythm tank”, Mama Longhorn plays their own version of organic rhythm music fusion based on the traditions from afrobeat to funk and flavoured with several different influences, never afraid to break traditional...

Founded in 2001, Maria Gasolina is an 8-piece Helsinki-based orchestra, which performed newly arranged Finnish cover versions of local rhythm and dance music classics and hits from all over the world for a period of...

The Blassics have been in the heart of the Finnish funky scene as one of the true trailblazers, who haven’t enjoyed publicity they would deserve but who have been doing their music year after another...