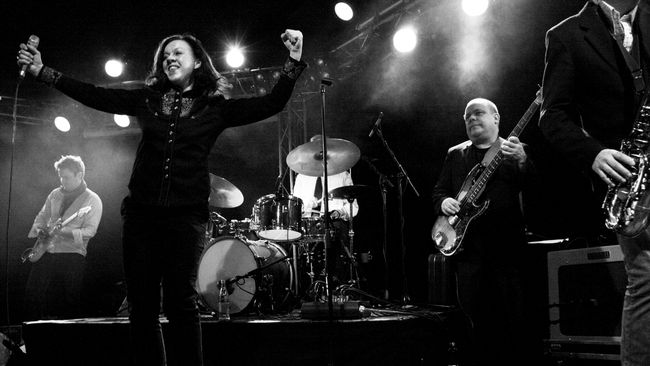 Blues and rock singer Marjo Leinonen (born in 1966) is one of the most legendary Finnish roots music artists with the longest career in the game and are still active. When she was younger, she was often labeled as the “Janis Joplin of Finland”, which has defined her image strongly since. Her stardom started originally as the vocalist of The Balls, a popular Finnish band playing rugged blues rock and rhythm’n’blues since the end of the 1980’s till the beginning of the Millennium, when they released their last album Skinny Dipping (2001). Thus she has been performing in several various acts and lineups typically consisting of reputed old school groove and rock musicians.

Roots-styled blues, rhythm’n’blues, rock and soul have been in the core of Marjo Leinonen’s music with varying emphasis depending on the lineup. Her partner-in-crime through the years has been drummer Sami “Sande” Vettenranta (The Bad Ass Brass Band, Knucklebone Oscar & The Shangri-La Rubies). The longest-standing act, which is still active, is Marjo Leinonen & Viranomaiset playing groovy soul rock with keyboard player Sami Nieminen (Nieminen & Litmanen), guitarist Miikka Paatelainen (Dumari & Spuget, Scandinavian Music Group) and bassist Mitja Tuurala (Cool Sheiks, Pietarin Spektaakkeli) in their ranks. They have released two albums Uusi päivä (2006) and Vanha schäferi (2020), where Leinonen sings entirely in Finnish.

Rolling actively with Viranomaiset has not stopped Marjo Leinonen to launch a new project with The Bublicans (also known by the names The Publicans and Leino-Z). In this lineup he and Vettenranta are accompanied with pianist Risto Kumpulainen (Knucklebone Oscar & The Shangri-La Rubies) and guitarist Petri Kautto (Bad Ass Brass Band). On their first singles “New York Times” (2018) and “No More Crying (feat. Jimi Tenor) / Treat Yourself Right” (2019) instead of rock they fuse neo soul, jazz and soundscapes of new groove into the traditional soul and blues sound Leinonen is known for. The latter of the singles was released on the Ronet Records label ran by Jimi Tenor.

Besides this, Marjo Leinonen has also focused recently on the collaboration project Night Fighters with Knucklebone Oscar drawing its musical inspiration from rock’n’roll, rhythm’n’blues and soul. Their live set includes gems from both artists’ careers as well as duets. The live concert tour, which was planned, was basically postponed from the spring 2020 to 2022 because of the Covid-19 pandemic.

In the 2010’s, the local funk/soul enthusiasts were also charmed by an act named Marjo Leinonen & Huff’n’Puff. Its emphasis was not that much in rock but merely funky rhythm’n’blues even though the 60’s styled soul and groovy blues rock were clearly present as well. Leinonen and Vettenranta were backed by guitarist Julius Heikkilä (Kaj Backlund Big Band, New Joys) and bassist Matti Vallius as well as trumpetist Antero Priha (Afrojazz Quintet, Bad Ass Brass Band) and saxophonist Panu Syrjänen (Ile Kallio Big Rock Band). It also included the background singers Mari Hatakka and Tiina Isohanni, who already had been reputed earlier in the vocal group The Fabulettes. Their album Huff’n’Puff was issued in 2012, but the band was eventually active for only around five years altogether.

Thus the gig calendar of Leinonen has been filled up also with shows by Big Feet & LaLa combining blues, rock’n’roll and funk together. In the line up she and Vettenranta play together with guitarist Jukka Orma (Roni Martin & Jukka Orma Tanssiinkutsu, Sielun Veljet) and bassist Mikko Murtomaa. The band released their debut album Pet Me! in 2018 and it received either good or excellent reviews in the Finnish media in a very equal way as all the earlier recordings of Leinonen.

Most of all, Leinonen is well-known as a charismatic and mesmerizing live performer, whose shows are groovy, entertaining and often full of effervescent energy. She has worked both on stage as well as in studio together with numerous Finnish artists, such as funk band Eternal Erection, rapper Asa and rock celebrities J. Karjalainen, Ismo Alanko and Maija Vilkkumaa. Even though she’s not a stranger to big venues, Marjo Leinonen still also enjoys performing with her lineups at small intimate venues, such as Juttutupa in Helsinki, year in, year out. 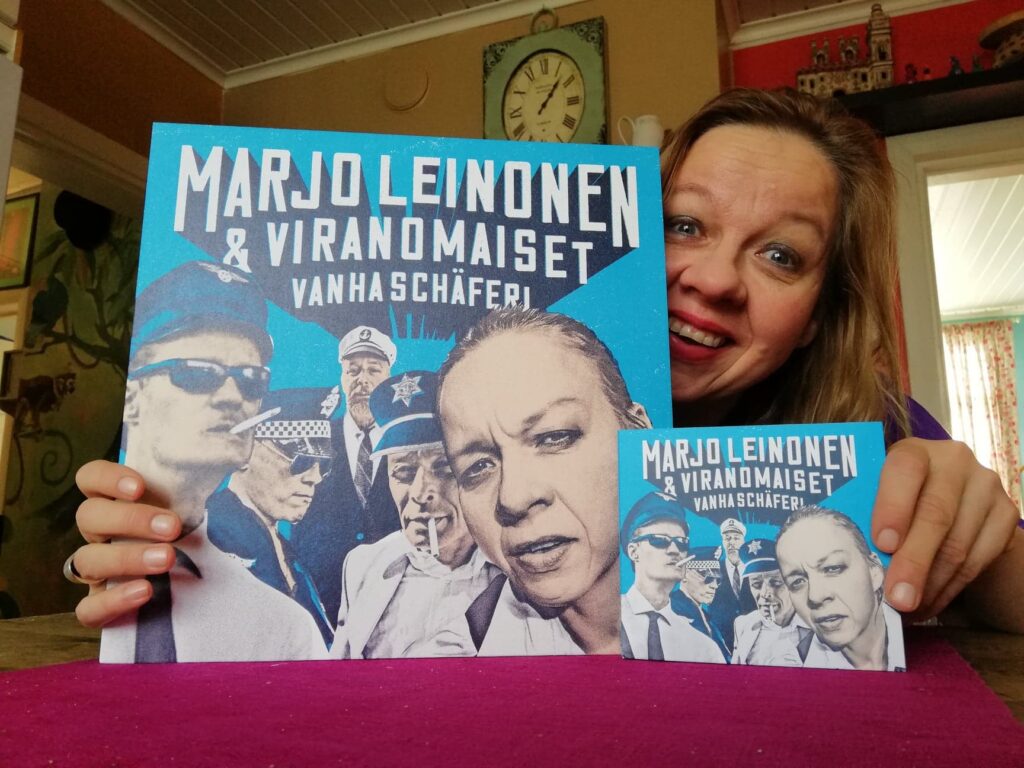 Marjo Leinonen has described herself as a “full-body singer” because of her bold performing style and rugged way of expression. She actually never studied singing, but it has been said that she performs to her audience with her full body and soul. In the local scene, many consider her as one of the most talented blues and soul vocalists ever in Finland and her smoky soulful voice as a very unique one.

Leinonen has been awarded with the Jemma special prize of blues & roots music in 2014.

Cool Sheiks are one of the most legendary Finnish black rhythm music acts as they have been playing during five decades already and still continue performing live. The group has often labeled their music as...

Eternal Erection is one of the most reputed Finnish party bands, known especially for their energic live performances, which have always been an essential part of their fame. The band has released five studio albums,...

Hammond organist Sami Nieminen (Marjo Leinonen & Viranomaiset, Pietarin Spektaakkeli) and drummer Juha Litmanen (Honey B & The T-Bones, Tempo Di Island) make up together Nieminen & Litmanen, one could easily say one of the...